In the dark disturbia of “the Scottish Play”, James McAvoy appears as Macbeth: a manic-depressive lord, a fervent husband, and a treacherous friend. Moving from passionate and expressive in the first part to detached and unaffected in the second, he delivers a series of intense monologues and portrays a highly complex personality. As a great fan of McAvoy since Becoming Jane and Atonement, I had expected him to dominate the story, like other slebs we see appearing in London’s West End. Instead, this production gives a distinct voice to the moving and gritty Macduff (Jamie Ballard’s tearful and loaded “all my pretty chickens and their dam” haunted me for days after), and builds a powerful chemistry full of sexually charged dialogues and sizzling hot kisses between Lady and Lord Macbeth. (I read that McAvoy licks his lips after “a bloody good snog” with Claire Foy but alas, I wasn’t sitting close enough to witness that.) It is certainly a gritty, intense, and highly emotional play; and is perfectly suited to the grungy and intimate settings of Trafalgar Studios. 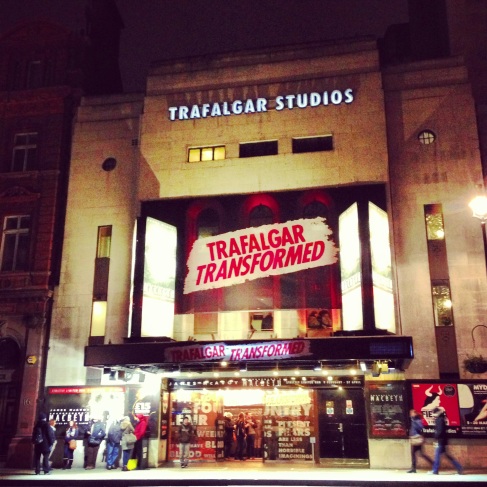