Extraordinary talent, incredible creative potential, intense visual pleasure — can it all be condensed into one afternoon at Victoria & Albert museum in London? Alexander McQueen exhibition entitled Savage Beauty is all about aesthetics and the mind-blowing potential of human creativity. One genius, immense pain, the end of an era. As an artist, Alexander McQueen is the epitome of originality: his outlook on life and female body remained unparalleled throughout his life and long after his suicide. Savage Beauty is the first and largest retrospective of McQueen’s work to be presented in Europe. The designer’s love for London is the leit-motif of the entire exhibition: you can see his East End roots vividly throughout the entire show, starting from his 1992 MA graduate collection and up until his unfinished A/W 2010 collection. In my world, McQueen is a deity. In fact, this blog started from a feature on Burning Down the House, and two years later, another fashion post followed on one of his brand pieces after his death. All I can say is that I miss you and your vision, Alexander McQueen, but one afternoon with the Savage Beauty at Victoria & Albert Museum certainly helped to numb the pain.

Understandably, we were not allowed to take any photographs at the actual exhibition but instead, below you get lots of pictures of my friend Joy Carter and I posing in our McQueen outfits and drinking espresso martinis after the exhibition. Joy is, by the way, an extremely talented comedian who will be performing at Edinburgh Fringe this August! Do check her show out — it is deep, it is inspirational, and it is really hilarious. 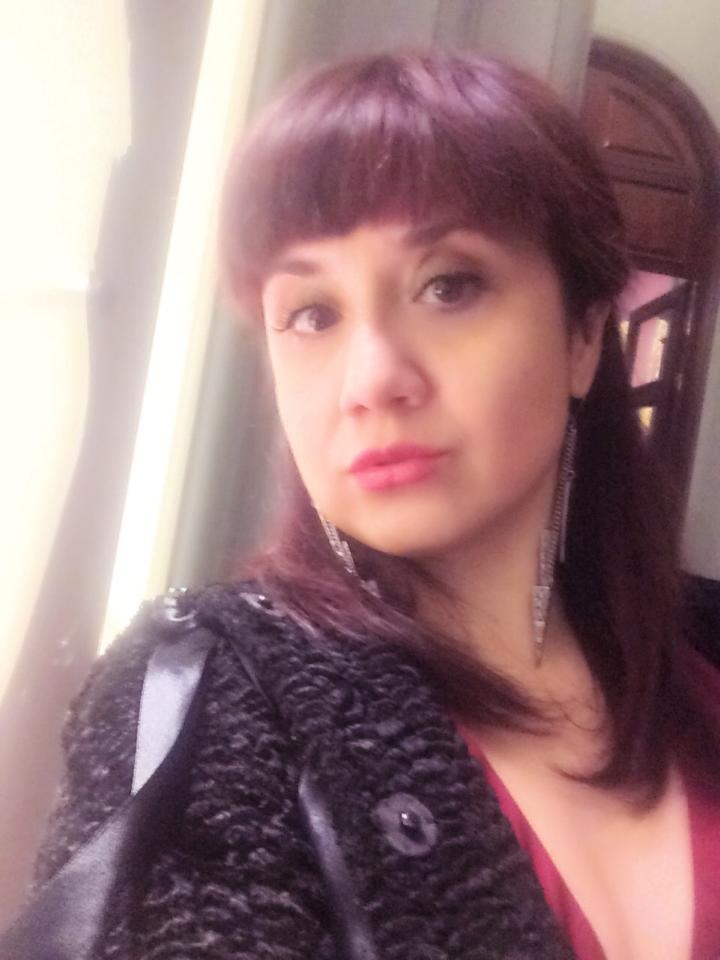 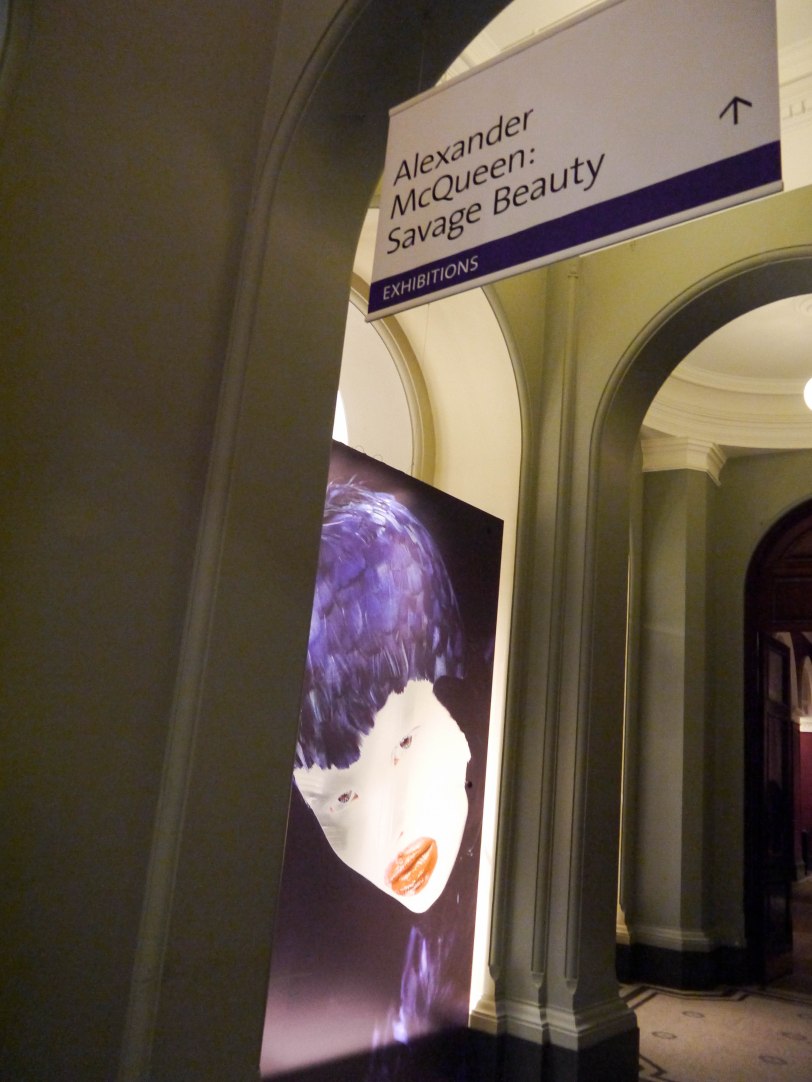 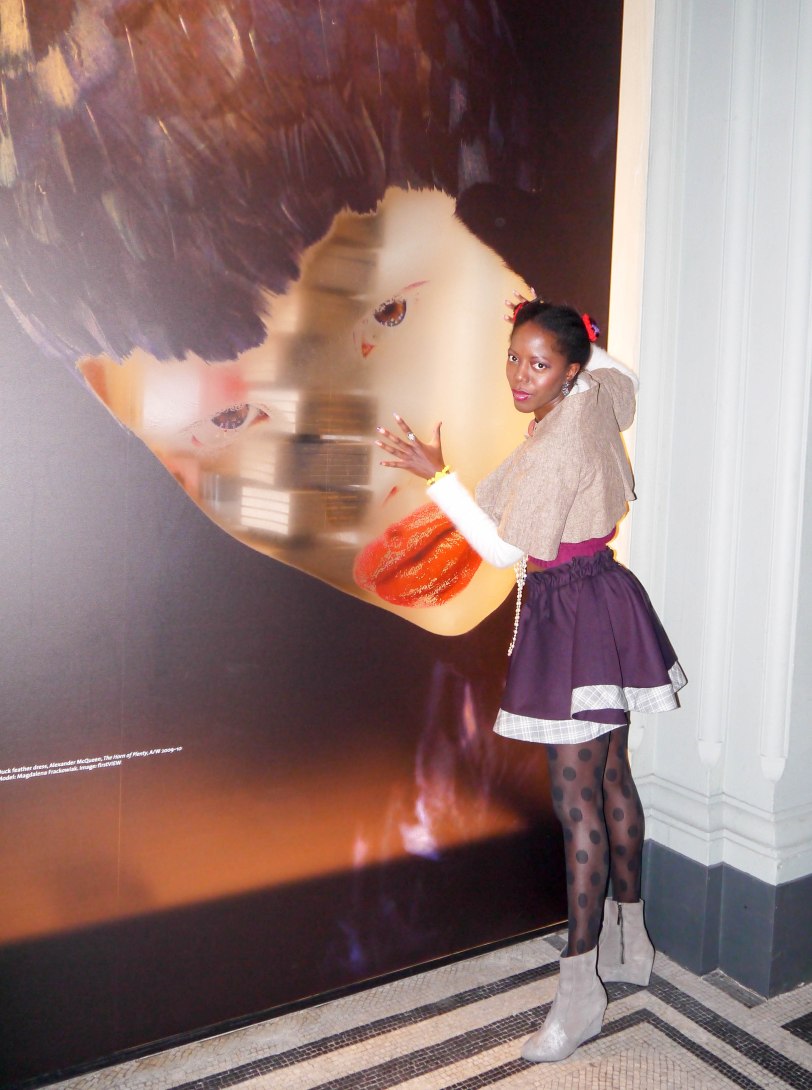 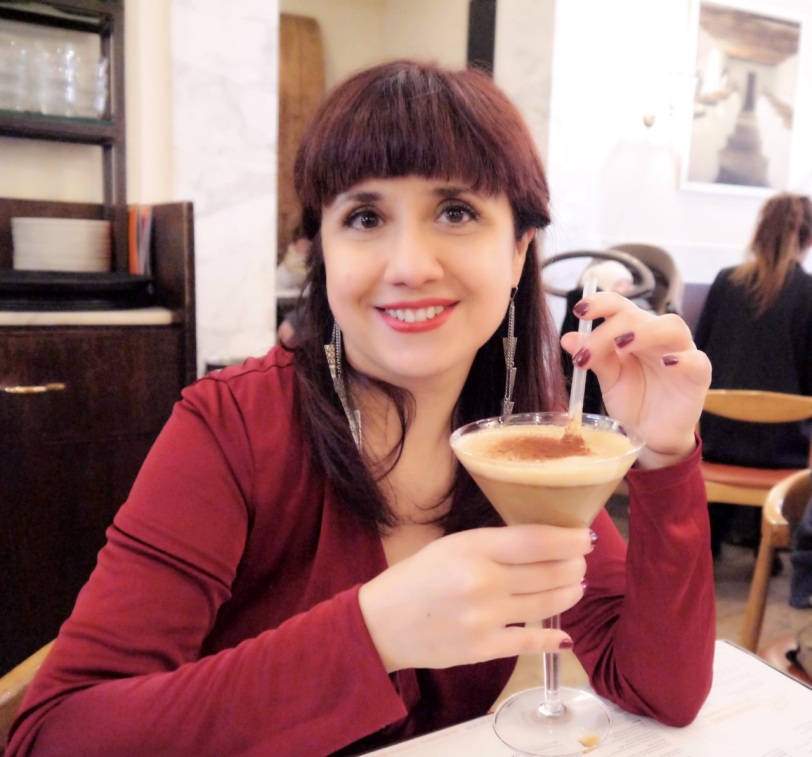 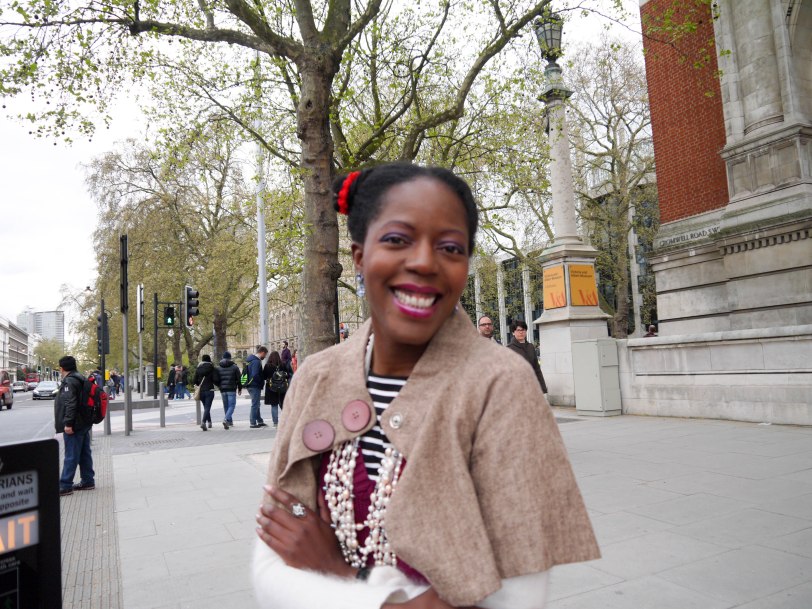