There are many traditions I adopted since calling England my second home eight years ago. One of these is my habit of rarely working on a Sunday. Rain or shine, I buy an issue of The Sunday Times — on warm summer Sundays, it is normally shared over a bottle of Prosecco with friends and Dave in my local pub by the river. Once it gets colder, the ritual is reduced to a quick jog to our local Waitrose — to get the paper and a warm roast chicken to share with friends and Dave at home. During the last weekend of summer, my friend and I decided to break the tradition and drive out of town. The plan was to still have a very English afternoon of Sunday papers and a roast but away from the hustle and bustle of London.

As usual, we started our escapade with food.

Onion rings and my first-ever cider. Which, I have to admit, I was not impressed with — for me, cider and beer are in the same undrinkable category: I don’t like the smell, the taste, and the look of them both. Perhaps it is the aesthetics of pint glasses that usually put me off? 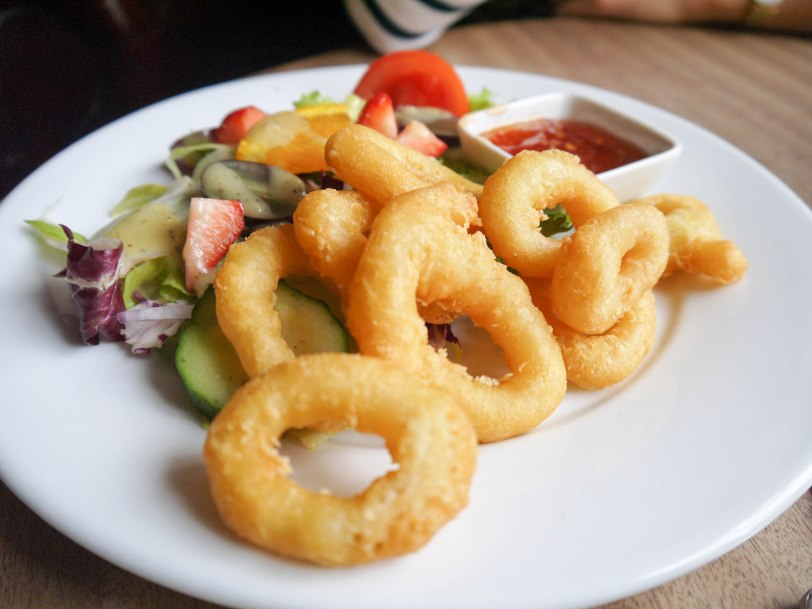 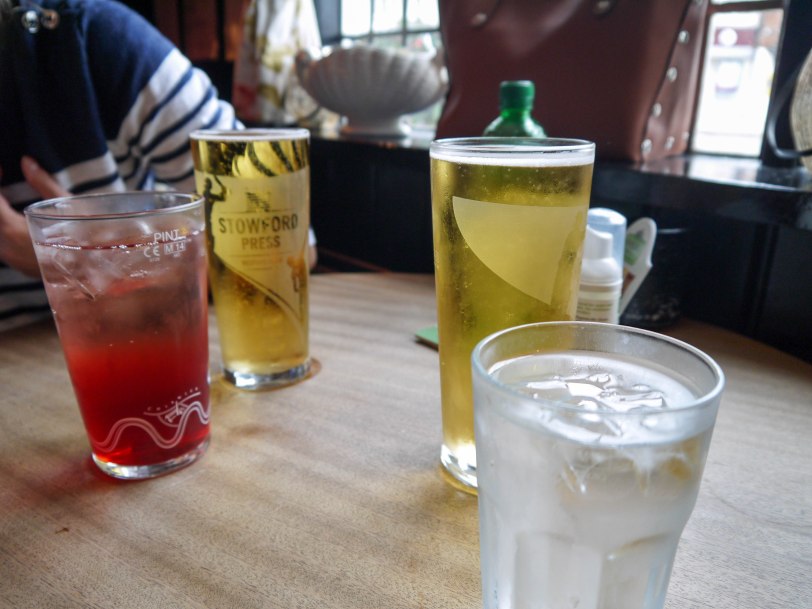 The friendliest pub I’ve been to in my life!

That was also very welcoming to Dave. 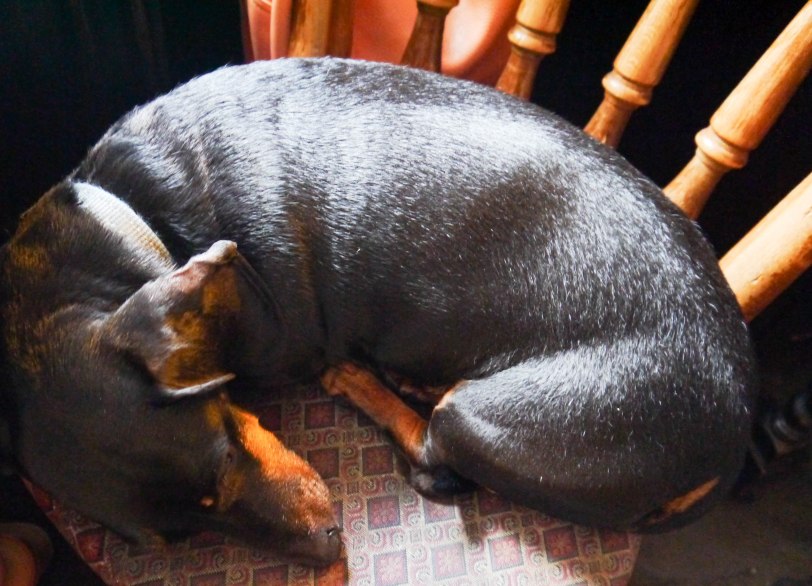 And served us two portions of Sunday roast with real gravy. 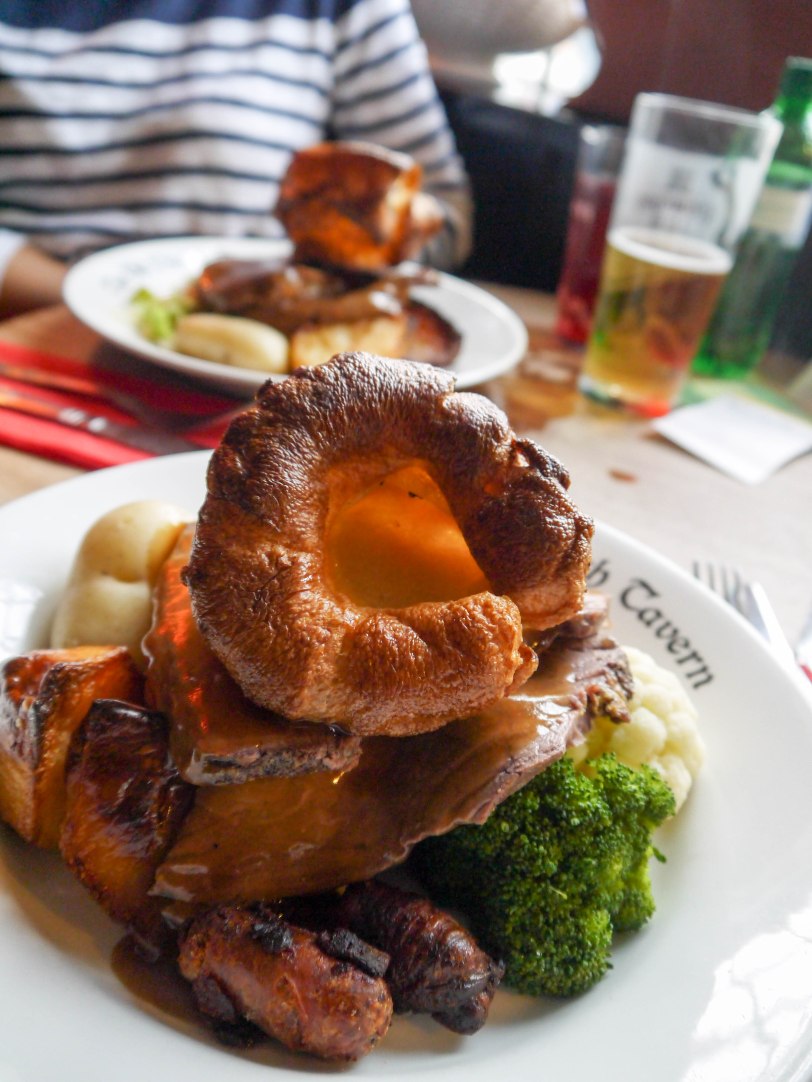 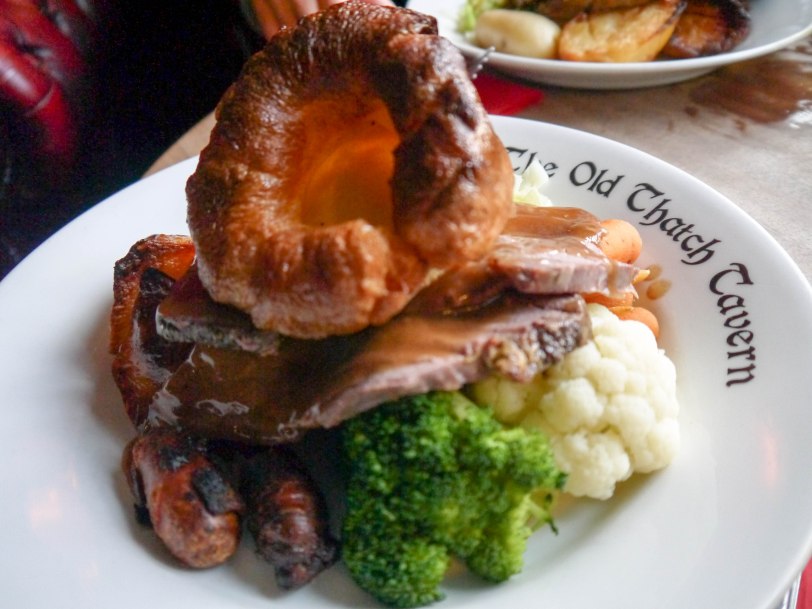 We liked it so much that we decided to spend the night in Stratford. Luckily, this guest house had a last-minute vacancy.

The rest of the rainy evening was spent strolling through town and taking in the many picturesque sights.

And finishing the night with the traditional English sticky toffee pudding, a glass of sherry, an apple pie, and hot custard! 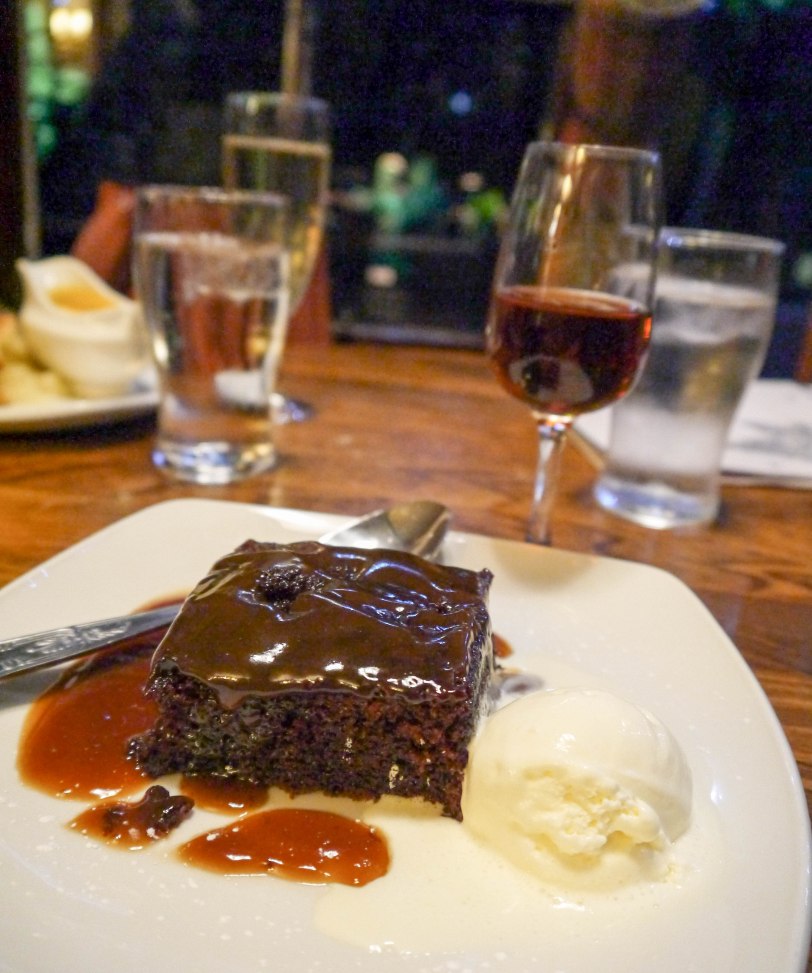 The next morning, we went to explore Anne Hathaway’s house and gardens — a twelve-roomed farmhouse with an orchard where Anne Hathaway, the wife of William Shakespeare, lived as a child.

After the death of Hathaway’s father, the cottage was owned by her brother Bartholomew, and was passed down the Hathaway family until 1846, when financial problems forced them to sell it. However, it was still occupied by them as tenants when it was acquired in 1892 by the Shakespeare Birthplace Trust.

On this beautiful lavender maze, my camera died… but my thirst for Shakespeare obviously didn’t! The very next day, with two other friends, I went to see Shakespeare’s Hamlet played by the one and only Benedict Cumberbatch (fan-girl squeak!) at London Barbican. I am no theatre critic (heaven knows I tried and somehow ended writing a fashion post!) but if you want to read an extremely interesting, relevant, and witty review of the play, check out my friend Nina’s wonderful blog — Nina was with us at Barbican on the night.

All I can say is that I loved the energy and emotions portrayed by Benedict Cumberbatch, the alluring set designed by Es Devlin, and the fabulous company provided by my friends. 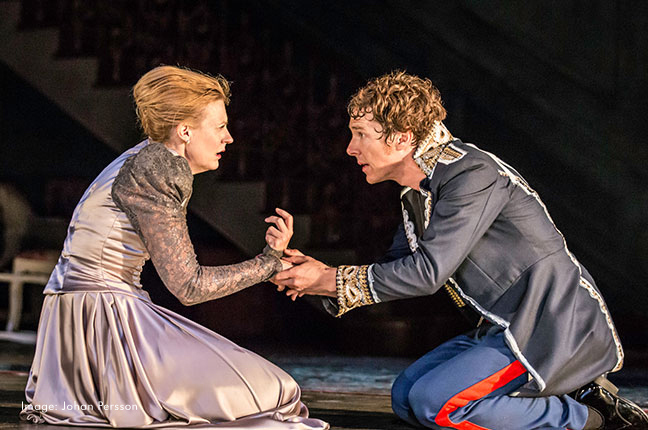